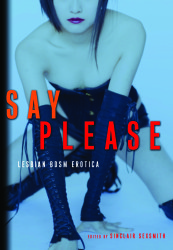 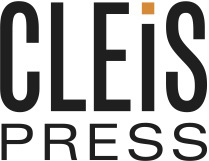 “Each story has a different kink and a different bit of style. Every time the page turned, I got more wet.” —AlphaHarlot 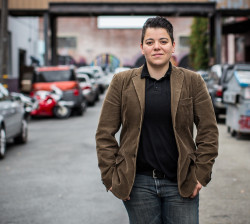 Buy it on Amazon
Buy it at B&N
Buy it through IndieBound.org

I traveled to ten cities over six months to do erotica readings with folks who contributed to the book and with erotica readers and authors that I admired. The tour was amazing, I met so many people and was so pleased to get the book in front of them.

“”Unworthy as I am” [the last story in the book] is a gentle wrap up of the book. Well, not gentle in the play, as you follow caning, piercing, and various delicious forms of torture. But the end of the story, with the collaring scene, can almost bring tears to your eyes, as you feel that this collar is for each submissive in the book, a honor of completion.” —Nina

“The stories were detailed enough to get you into it (soo into it!) but also left somethings up to your own imagination. The stories are hot, and makes you want to try more and more kinky things.” —skysbirdsnplanes

“Despite the impressive amount of silicone being used to tease, tantalize, and teach lessons in this collection, it remains exceptionally diverse. Though the authors had to conform to the theme of “lesbian BDSM”, both of those labels were interpreted in a variety of ways, loosely and enthusiastically. In “Say Please,” there are no baselines, no stereotypes, and certainly no “scissoring.” As the coquettish narrator of August InFlux’s “Counting Love” assures us when telling us to leave the candy hearts at home, the best acts of love are not universal. To me, “Say Please” is a beautifully structured vessel carrying creative, courageous, highly individualized demonstrations of respect and admiration.”
—Roma Mafia

“The writers in Say Please aren’t afraid to get dirty. Although Dusty Horn’s narrator is referring to her unpolished boots, hot lines like “When you see me filthy, you know I mean it” are just dripping with innuendo and vulgar promises. And she makes good. As I turned the final page, I melodramatically went into mourning. Say Please had me practically begging for more. It got me saying please. I bet it’ll get you too.”
—Kiki DeLovely

“Definitely one of the best anthologies I’ve read, overall content quality was superb. The anthology is heavy with butch/femme characters, which I’d expected so I was happy to see a butch-butch pairing and gender binary non-conforming characters as well. I’m hoping to see these kinds of characters become more common in queer erotica, partly because I think its great to expose the erotica reading public to experiences and desires of transgressive people. But Say Please is more than a collection of hot sex scenes. No really. Great depictions of realistic D/s, with negotiation and communication and respect – aspects of D/s that are vital to mutually satisfying experiences. Consent is Sexy! Pass it on…”
—Butchtastic Blog

“Whether you’re a super-kinky mofo or just window shopping in the world of bondage erotica, there is something for everyone in this book. And as an unapologetic intellectual elitist, let me take this moment to assure you that the writing is top-notch. Gone are those old teenage days of sneaking naughty queer books out of the library only to get home and realize they all suck (and not in the good way).”
—Velvet Park

“Let me tell you, I said please more than once to this lovely little book…. These contributing writers had me on edge – on the edge of mental orgasms too which are just lovely!- so many times that I felt myself slowly submitting to the conditions and quality that came along with this well endowed book.”
—DeDe Delynn